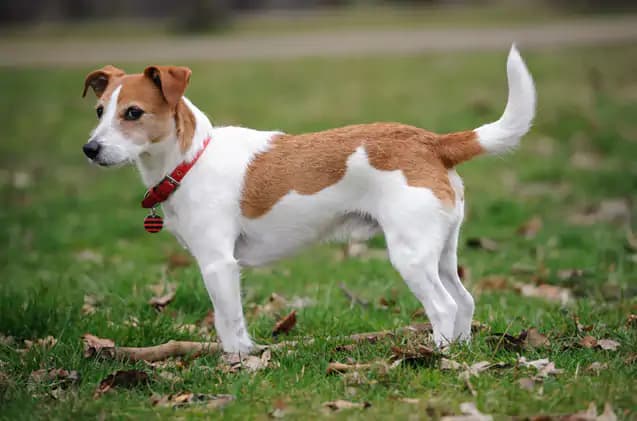 Especially before starting obedience training, the Jack Russell dog, which is both hungry and energetic, cannot be productive during training. Since Jack Russells are very curious, they should not be walked without a leash. Being a very intelligent dog breed, Jack Russells easily perceive the given commands. But these dogs are as stubborn as they are intelligent.

Because of this nature, they can resist not to do the commands. The way to break the Jack Russell’s stubbornness is through training with love and patience. Using hand gestures while giving commands will be helpful for concentration. For the toilet training of the Jack Russell dog breed, newspaper paper should be laid and special toilet drops should be dripped on it.

If they go to the outside of the newspaper, it is enough to shout and get angry, it is enough not to hit, if they are hit, their stubborn nature will come into play and will not listen to any command given. They learn very quickly, but they continue to read what they know.

Jack Russell Terriers are extremely energetic. At the same time, they can withstand harsh living conditions, as they have a solid and durable structure. Jack russel dogs can socialize in the home environment and establish good friendships with children. Another feature of Jack Russell dogs is that they are very intelligent. Jack Russells are not only very intelligent but also very stubborn.

Also, they may not bark continuously when left alone. Jack Russell dogs are a very courageous breed. They serve as a very good security when they receive the appropriate training. In terms of color, it usually consists of white and yellowish brown, black and brown shapes. Their average lifespan is 13-15 years. Their weight is 6-8 kg in both males and females. and their length is 30-36 cm in both female and male.

Jack Russel Terrier dogs, whose back lengths are longer than their leg lengths, have two different hair structures: short haired and wavy haired. The short-haired Jack Russell’s hair is of equal length and soft on the whole body. The wavy-haired ones have longer hair on the chest, tail and chin, and medium-length and soft hair on the body.

How to Care for a Jack Russell Terrier Dog?

The Jack Russell Terrier dog breed was bred by the English cleric Parson Jack Russell, who lived in England in the middle of the 19th century. These mobile little terriers were used especially for fox hunting. After Jack Russell died, they were forgotten over time. There are still purebred Jack Russell terriers in the UK. Because they are hunters, they can run very fast and pass through narrow passages.