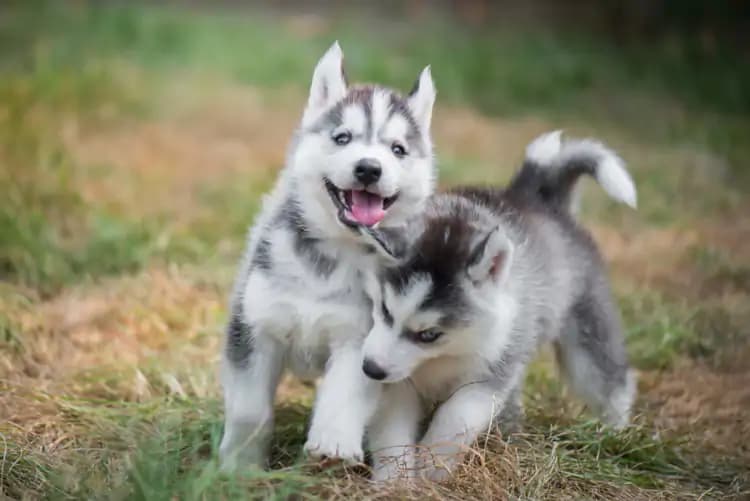 Husky Training: Another name for Husky dogs is Siberian Husky and they are among the most beautiful dogs in the world. Extremely active and actually inherited closer to the wild, these dogs are also more difficult to train. As it is known, wolves are free and wild animals, and due to their kinship with them, such dogs are among the breeds that resist training.

The weight of these animals, whose height from the ground varies between 50 and 60 cm, also varies between 25-30 kilograms. As in all other dog breeds, females are slightly lower in stature and lighter in weight.

The most important feature that distinguishes these dogs from others is their ice blue eye color. Therefore, although they are generally found to be frightening, they can be very good friends with you and your children if you show the necessary care and concern. On the other hand, it is not possible to feed these dogs with other animals at home. Especially bird feeders cannot take care of the Husky dog. Because they are prone to hunting by nature and can attack birds.

Sometimes their eyes may be a different color, and some even have one eye a different color from the other. However, despite these intimidating eye colors, they are quite warm and friendly dogs. They just need to feel adequately owned and trust you.

Care and Feeding of Husky Dogs

Such dogs do not like to bark very much. Sometimes they can be observed howling, but since they do not bark, they cannot be guard dogs, although they have protective features against their owners. It is unlikely that you would think of them as such for a mission or as companions, their genetic traits are not suitable for this. In addition, the most important point to be considered about Huskies is temperature.

If you are going to feed it at home, you should make sure that the temperature is low and remains at a suitable level. This dog likes the cold climate as it is suitable for a hereditary structure suitable for Siberian type climates. In hot climates or in a high-temperature home, his movements may be restricted and he may become depressed. Therefore, it is not possible for you to look at it with a temperature contrary to its own nature.

It is also not suitable for you to feed Husky dogs with food that you prepared yourself. As much as possible, you should feed them with foods that can meet all their nutritional needs. They also have developed protective instincts. They are also extremely sensitive and cautious about the dangers that may come against their owners.

However, their training is important as they are sometimes extremely stubborn. It is good to brush these animals, which are generally short-haired, almost every day. You should be careful about this and be careful not to brush hard and fast.

Another important issue is the Husky’s need for movement. Since it is a breed accustomed to cold climates and open spaces, you should spend time walking outside. They can act grumpy and stubborn if you don’t take them outdoors frequently. Their psyche may also be impaired.

Husky Training: The most important point to be considered in Husky dog ​​training is that the trainer or owner must establish complete and complete authority over them, otherwise they are ready to run away or become aggressive by nature. There are some suggested methods to establish authority. The method known as the alpha method is the most common of these.

Siberian wolves tend to live in packs in cold climates and depend on a leader. That’s why you should not forget that you are the leader while training him. So the first thing you should do is act like a leader. Determination, consistency and headstrongness are among the rules that are essential in Husky dog ​​training. If you lose authority or control, he will never stop to get you and will seize every opportunity.

Having a regular feeding time is also important for dogs of this breed. You have to fill the food container at certain times each day and remove it after it is finished. In this regard, it is necessary to accept that you are the boss. The most important point that you should pay attention to during the training is to feel that the ropes are always in your hands and not to be open about this. You may be educating him when you make him accept and adopt that you are the one making the decisions consistently.