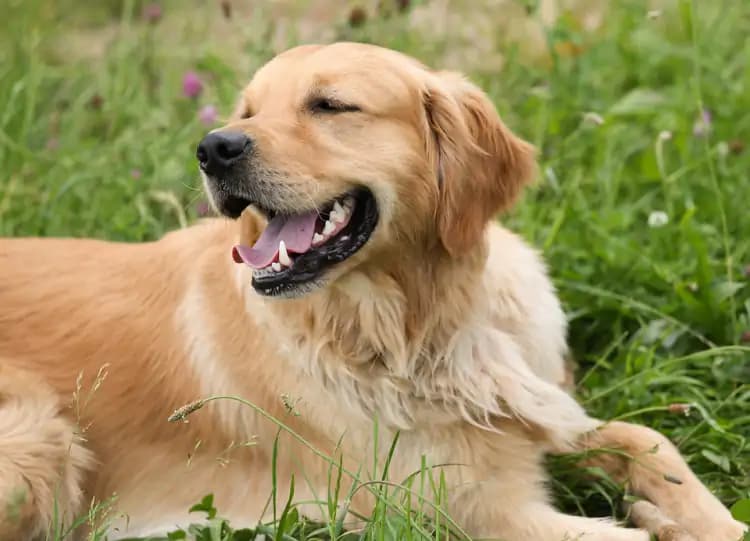 Golden Retrievers are dogs that weigh between 25 and 30 kilograms at a height of about 50 or 60 cm. Since they are prone to gain weight easily, the most important issue that their owners should pay attention to is their nutrition. Their double coat and rather long hair wraps these dogs up like a coat. They are covered with a waterproof outer layer of feathers and very often an inner layer of feathers.

It is necessary to comb their hair at least 2 or 3 times a week. But it is better to comb it every day, paying attention to the lower hairs. They are usually cream colored or light yellow and golden in color. They molt in spring and autumn, but molt is not much.

These dogs, which are quite athletic and sporty, can be kept in a medium-sized apartment when you do the necessary activities to spend their energy. When you take it out, you can play games such as fetching balls and fetching sticks. They are his favorite games. Meeting the exercise needs is not difficult. Their favorite sport is swimming and they swim very well. Their heads are tapered upwards, they have a large mouth, and their teeth are scissor-shaped. They have drooping ears, very dark eye color and brown circles around their eyes. It is among the dogs that look very nice with their golden-colored hair. It is in the third place among the most common dogs.

The first thing to say is that Golden Retrievers are extremely friendly. They are tolerant, extremely patient and get along very well with both other people and children. Their friendliness prevents them from being a dog that stands in front of houses and warns of dangers. They cannot be bred as guard dogs. However, they are so patient that they can babysit and even accompany their owners if they are visually impaired.

In general, your recommendations for accompanying the visually impaired are dogs of this breed. They are considered among the most intelligent dogs, so they are good at childcare or company. They took the 4th place in the most intelligent dog ranking. Their noses are also very sensitive to smell. It is one of the most preferred dogs as a narcotic dog due to its intelligence and good smell.

How to Train a Golden Retriever

The training given to dogs is generally applied according to their character. First of all, if your dog is a Golden Retriever, you should keep in mind that the thing he needs most is socialization. A Golden Retriever left home alone for long periods of time can become withdrawn and depressed. What they need is to socialize and not be alone. It is among the dog breeds that are most open to training. They are very talented dogs. When you are patient and repeat all commands consistently, you will not have difficulty in sitting up, pawing, toilet or cage training. They are very willing dogs to do something during training.

You should be as positive as you can and not resort to methods such as shouting or punishment. Rewarding is also the most important auxiliary method for this breed. Giving the commands correctly, guiding them clearly and clearly, repeating and acting consistently are the things you should do during the training. You should be as positive and encouraging as you can. You can give your dog good training by praising and rewarding your dog abundantly. You can easily deliver these dogs, which are very protective, to your child. So much so that a dog of this breed struggled to protect children against the attack of a wild animal and was injured.