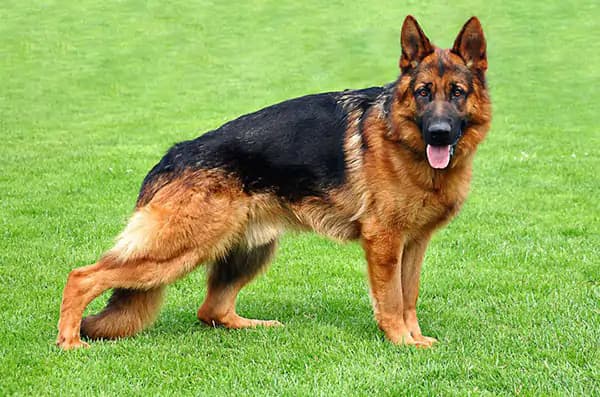 Considerations for Those Who Want to Buy a German Shepherd

When buying a German Shepherd, being a purebred dog is an important criterion for finding the expected traits. In terms of researching the genetic history, it is important to know the characteristics of the family line such as grandfather and father well, as it will give an idea about the dog. For this reason, pedigreeless German shepherds should not be bought, and places that show only a vaccination card should not be preferred instead of a pedigree. Another issue to be considered when buying a German shepherd is that an expert should observe and control the dog, apart from visual cuteness in terms of stop, rump, hind legs, chest, anatomy, eye color.

Physical Characteristics of the German Shepherd

The ideal length for the males is 62.5 cm and the weight is between 35 and 40 kilograms, while the ideal length for the females is 57.5 cm and the weight varies between 22 and 32 kilograms. The German Shepherd, which has a hard-lined face, sharp bites, strong chin, and cheerful and confident eyes, has a long neck and a long and hairy tail. Mostly tawny, black-red and black in color, the original colors of the German shepherd were black, gray and white before their DNA was changed.

Characteristics of the German Shepherd

The German Shepherd, which is defined as an ideal “Family Dog” in terms of its character, is considered as a social and intelligent animal with its very loyal and affectionate nature to its owner. For this reason, the German shepherd, which is a species especially preferred by families with children, strives to protect the child in the family against danger as much as possible, even at the expense of his life. With this feature, families can safely leave their young children with the German shepherd and ensure that their children have a good playmate.

Being a social dog, the German shepherd is also adopted as a good guard dog due to its deep bond with its owner and raising family. It is possible that the German shepherd, which is a dog suitable for training with its careful structure, alertness, fearlessness, cheerful and obedient nature, can be a good guard dog with a successful and good training, since it has a sense of protection instinctively. The German Shepherd, which is much more advanced than other dog types with its loyal, brave and balanced character, will show its tough and strong structure against foreign dangers while being a loving dog at home if reinforced with a good guard training.

Almak wolf, which can live in an apartment if adequate and suitable exercise environment is provided, needs intense activities that include training exercises. Depending on the season, the German shepherd has intense and infrequent periods of shedding.

German Shepherd as a Watch Dog

With its erect ears, shiny coat, almond-shaped dark eyes, a large head that fits the body, a wide chest, a long and hairy tail, long and strong strides, and a hard-lined face, the German Shepherd has an ideal physical structure to be a guard dog. has. In addition, if the instinct of protection, which is one of its characteristic features, is reinforced with a good education, the German shepherd will reach the desired level with all the desired features.

One of the important points is that the German shepherd, which neutralizes the stranger, continues to listen to the owner’s command and bites or releases depending on the command. If the place it is expected to protect is an area such as a factory or a house, the German shepherd does not let anyone into that area after the given command.

If he encounters an undesirable situation, the German shepherd warns the stranger by barking, and neutralizes this person if the danger continues.