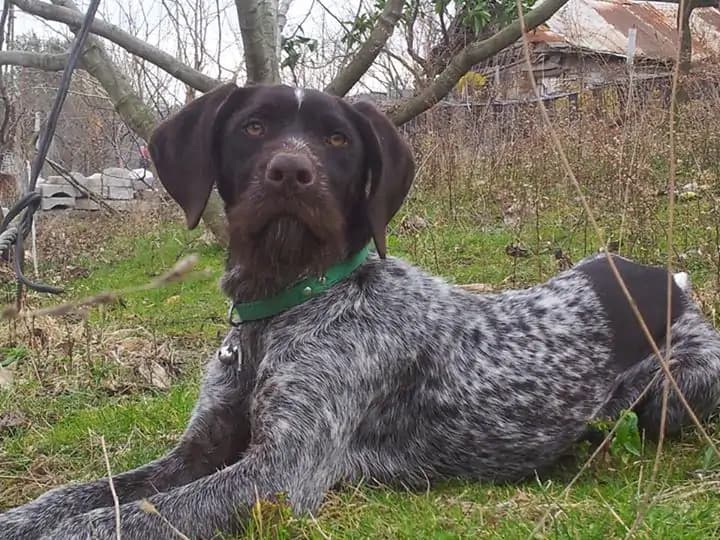 Drahthaar is a German breed of dog and was obtained as a result of crossing different breeds of dogs. Discovered in the 20th century, this breed stands out with its intelligent and balanced behavior. Too jealous to share its owner’s love with another dog, this breed of dog is overly attached to its owner. This dog breed, which is used as a hunting dog, fulfills this task with its fur structure and sense of smell.

Its waterproof fur protects this breed from getting wet and being affected by the cold during hunting. In addition, the hairs on the face and eyebrows protect the dog from being injured while wandering in the bushes.

The Drahthaar dog breed has a dense coat. The facial features of this dog breed, which has a beard and mustache, are completed with frequent eyebrows. Unlike some dogs, their ears are low and drooping on both sides. Its neck and chin have a very strong structure. He has a broad chest and a strong musculature. This dog breed, which has a wide and long nose, has strong smelling power thanks to its nose structure. His dark eyes help him in the art of hunting. Fur color can be red, red-white, spotted.

It needs daily exercise to maintain its strong muscle structure and vigorous appearance. If this dog, which is a hunting dog, will not be used for hunting, it should be taken for long walks in order to be happy and maintain its body structure, and you should allow it to follow you when you cycle.

Its strong jaw structure helps it carry prey up to 5 kg over long distances. To protect and strengthen this structure, you should not delay your exercises. You can help him feel happy by playing the Aport game. This dog breed, which likes to be constantly on the go, is not suitable to be kept in an apartment. This breed of dog likes to move freely and feel independent. For this reason, it would be more correct to look after this breed of dog in a house with a garden.

The Drahthaar breed communicates well with its owner. It takes patience to train this dog breed, which establishes a strong bond with its owner. First of all, basic commands and toilet training should be given when they are puppies. In order to be able to communicate well with children, you should allow them to be intertwined with them when they are puppies. You should teach this very intelligent dog breed its limits as a puppy and use your tone well during training. You should teach him the sit and stand command and you should not let him when he does not obey these commands.