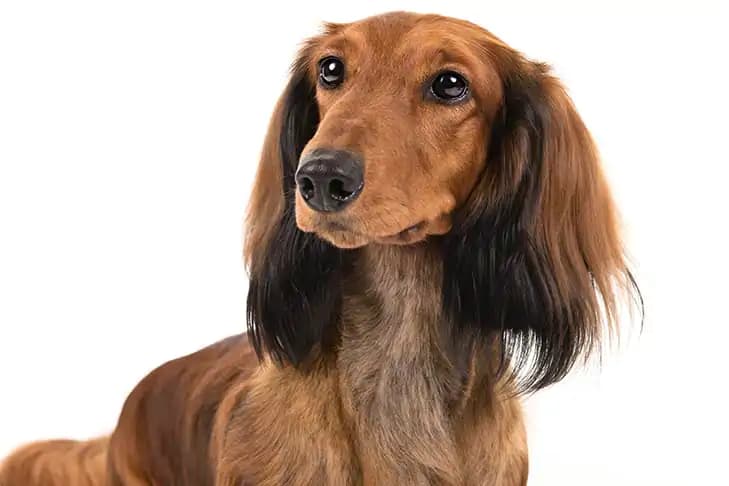 Dachshund is a breed of dog that originated in Germany. Its history dates back to the 16th century. It is a breed used to hunt animals such as badger or fox in the past. After the 1900s, it made a name for itself as a separate race. It has grown in popularity over time. It is known in history that Picasso’s dog named Lump is also from the Dachshund breed.

What are the General Characteristics of the Dachshund Breed?

This breed has a structure that is quite suitable for weight gain. For this reason, great care and attention should be paid to their nutrition. Dachshund has a strong musculature. The fur of Dachshund dogs is long and smooth. Characteristically, they all have a different appearance. Colors may vary. While some of them are dark chocolate brown in black colors, others can be in red brown and tan colors.

What are the Characteristics of the Dachshund Breed?

The Dachshund breed has an average energy level. It will not be very polite to strangers, but it is not a race that will be very rude. It can be said that his relationship with foreigners is at a moderate level. Likewise, its protection feature and level of agreement with other living things are at an average level. Despite this, it will be very easy to get along with dogs that are not of his own breed.

Because this race is a very playful race. A low daily exercise requirement will be sufficient for this breed. Although the instinct of protection is not very developed, it has an average level of protection. This breed has a very stubborn nature. It also has a very sensitive structure.

How Should The Dachshund Breed Be Cared For?

Breeds with long hair will require grooming. Regular brushing every day is very important for Dachshund dogs with long hair and especially straight hair. Long hairs can become tangled. The feathers need to be trimmed frequently to prevent the species from tangling with each other. Hard-haired breeds should be trimmed at least twice a year. A little exercise on a daily basis, half an hour or a 1-hour walk will be enough for this dog.

Since he is a very playful dog, even small games will be enough to meet his exercise needs during the day. It is a breed that can be easily looked after in an apartment environment. It is a somewhat sensitive breed in terms of back. Extreme jumping games can cause back problems, so care should be taken.

How Should Dachshund Breeds Be Trained?

Dachshund breeds need a lot of patience for training. This breed can get offended very quickly. Since there are so many players during training, he can be distracted very quickly. However, this disadvantage can easily be turned into an advantage if clever tactics are developed. When he does something wrong, instead of giving a harsh warning, it should be warned more gently. Otherwise, it can easily turn into a scaredy dog.

A Dachshund dog is free-spirited. The energy structure can sometimes make education easier, and sometimes it can make education a little more difficult. It is quite energetic and active in the home environment. They often exhibit friendly demeanors. They love to be in constant contact with people.